IMPROVING WATER QUALITY AND BIODIVERSITY FOR RECREATION AND WILDLIFE 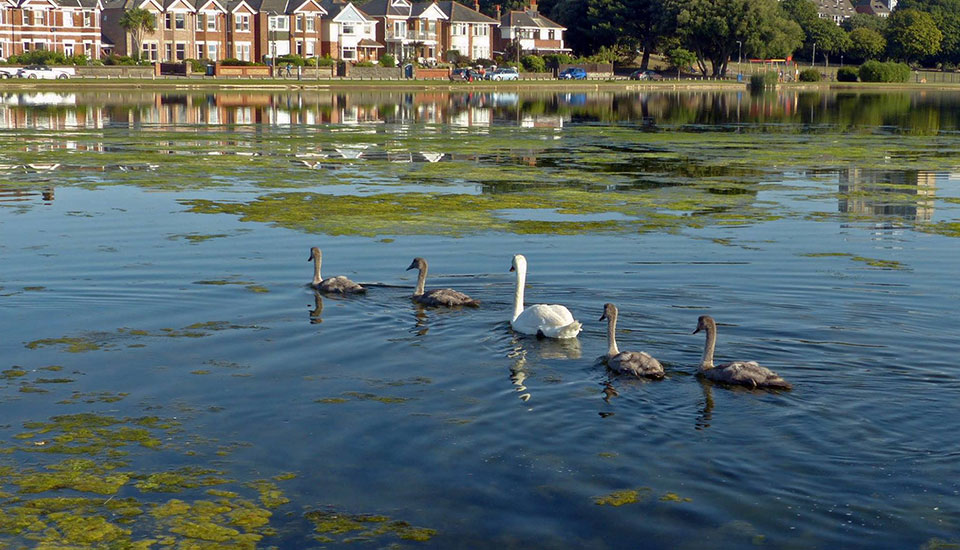 In January 2019 we started work on a project with Ebsford Environmental at the Park’s lagoon (boating lake) and two smaller freshwater lakes. The project was completed on time and on budget, lasting 15 weeks and ending in April.

The main aim of the project was to:

These improvements followed extensive scientific research & monitoring, funded by the HLF and involving students and specialists from Bournemouth University. The data collected helped us to understand the importance of the lagoon and the potential benefits of the work undertaken.

Our video below summarises the project:

*Please see our Park Bench Donations page and get in touch with Toni Powell if you are interested in having a plaque on the benches and making a donation towards their costs.

Removal of a lagoon feature

The ‘island’ feature in front of middle gate car park has been removed as part of these works.

When originally constructed in 2007 this feature was intended to act as a reed bed filter to clean surface water run off that enters the lagoon here from surrounding roads and other hard surfaces. However, the reed bed collected large quantities of sediment and developed into an island; the high numbers of geese and swans, together with the impounded water, meant that water quality there had become very poor. 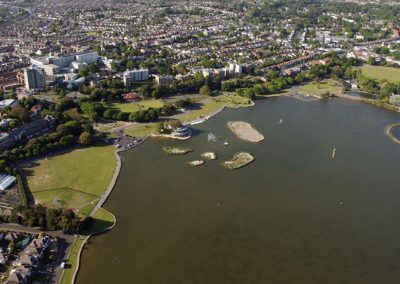 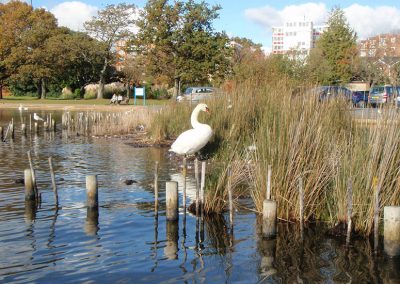 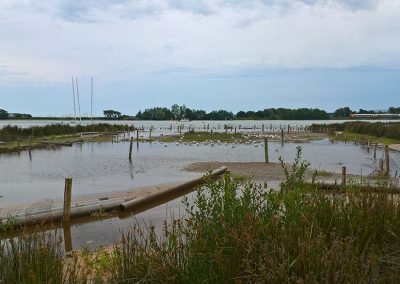 Mitigating the impact on wildlife

These improvements created significant disturbance across all the water bodies and had a localised impact on some wildlife.

Whilst many of the larger fish were removed from the lagoon and re-homed in late 2018, there was the potential for the remaining fish to become stranded and unable to reach wet areas when the lagoon is drained down. However, the water removal process was slow, with numerous low tides required out in the harbour to steadily drop levels in the park; this provided an opportunity for fish to move towards deeper water during the process.

Due to the presence of the Starlet Sea Anemone – a protected species (see below) – we were required to apply for a licence from Natural England in order to carry out the dredging works.

In the freshwater lake the water level was reduced slightly to allow construction works to take place, but not to an extent that was harmful to fish. The northern part of the large freshwater lake, beyond the small bridge, remained unaffected and acted as a refuge for fish. In addition contractors installed aerator pumps to oxygenate the water in order to reduce the impact of dredging and the stirring up of sediments.

Poole’s Biodiversity Officer monitored the project and liaised closely with the contractors to ensure works were undertaken in accordance with good practice.

Many volunteers were involved with planting, litter picking and more. Thank you to everyone for their enthusiastic participation! 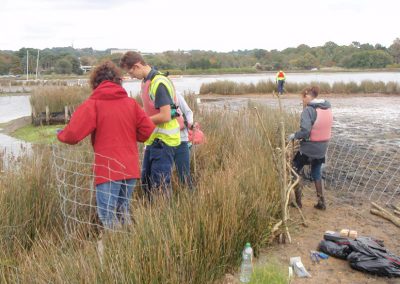 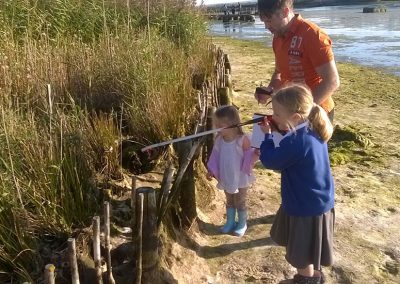 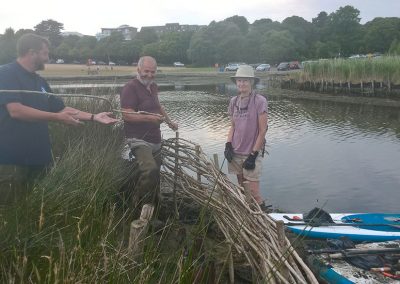 Life in the water

The lagoon is home to the tiny Starlet Sea Anemone which is a nationally rare species, on the IUCN red list and classified as vulnerable (the same status as the Red Squirrel).

Lagoons are relatively rare habitat and whilst locally Brownsea Island is a very important site for wildlife, Poole Park as an improving habitat is becoming increasingly important for specialist lagoon species and provides a wonderful place for the public to engage with wildlife.

Rare species, such as the Lagoon cockle Cerastoderma glaucum, Lagoon mud snail, Ecrobia ventrosa, and the Lagoon prawn, Palaemonetes varians, live in the muds and salt water of the lagoon; maintaining the levels of salt water by exchanging water with Poole Harbour every month is vital for their survival.

The improvements offered by this project should further enhance the habitat, providing homes for invertebrates in the muds and banks, and for various specialist plants, crabs and fish. This will help to attract more birds that feed on these species, highlighted by the appearance over the last few years of greater numbers of cormorants, egrets and rare species such as the Great Northern Diver. 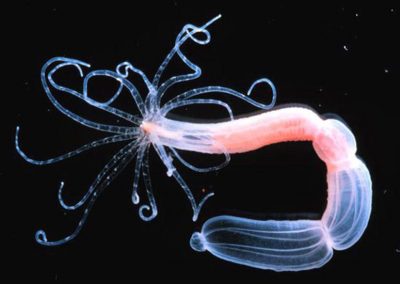 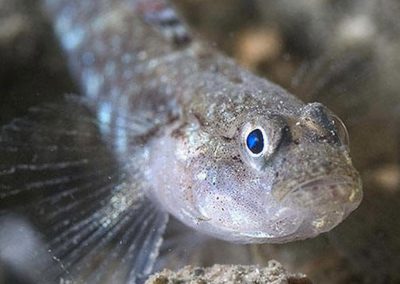 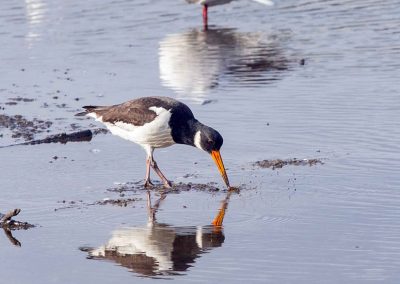 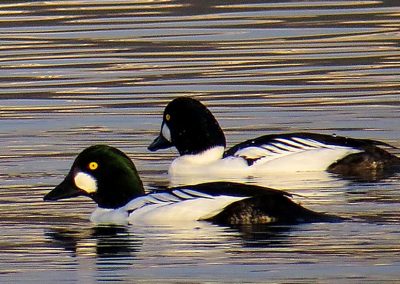 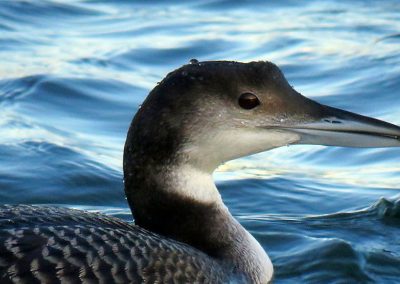 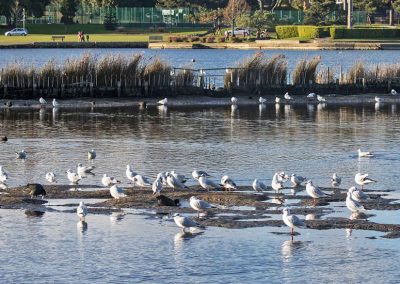 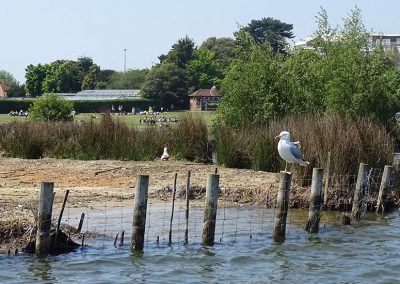 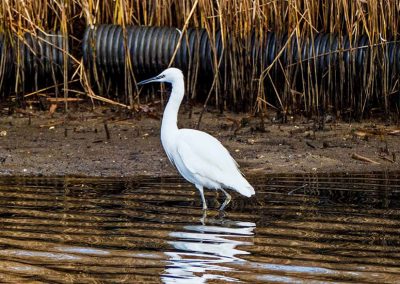 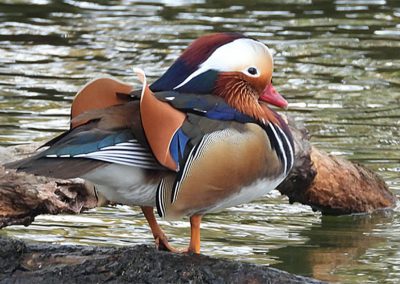 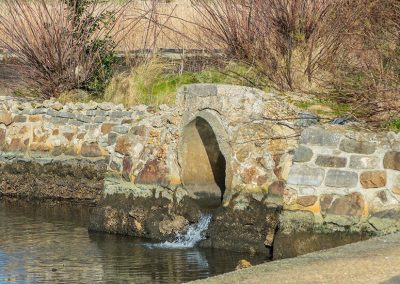 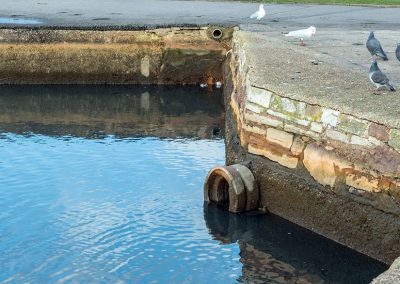 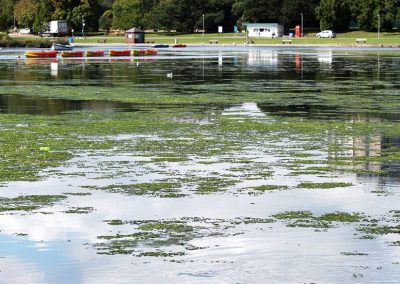 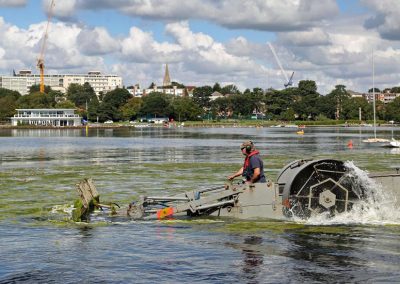 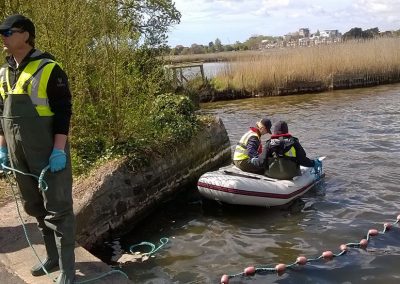 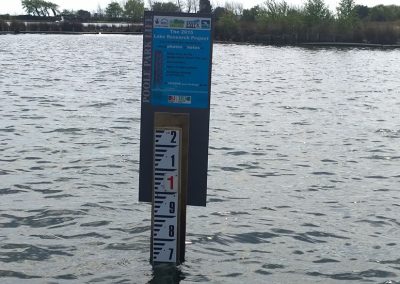 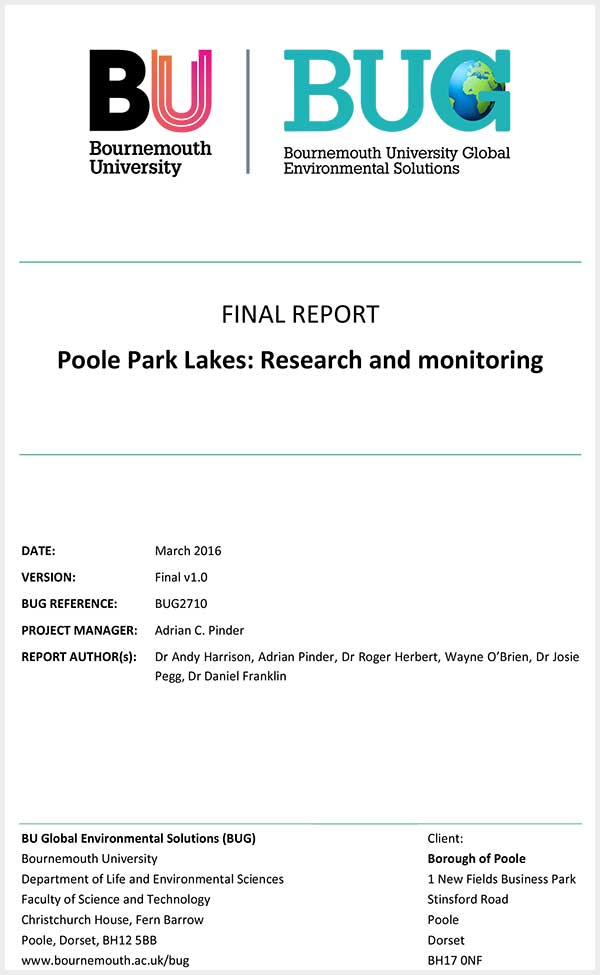 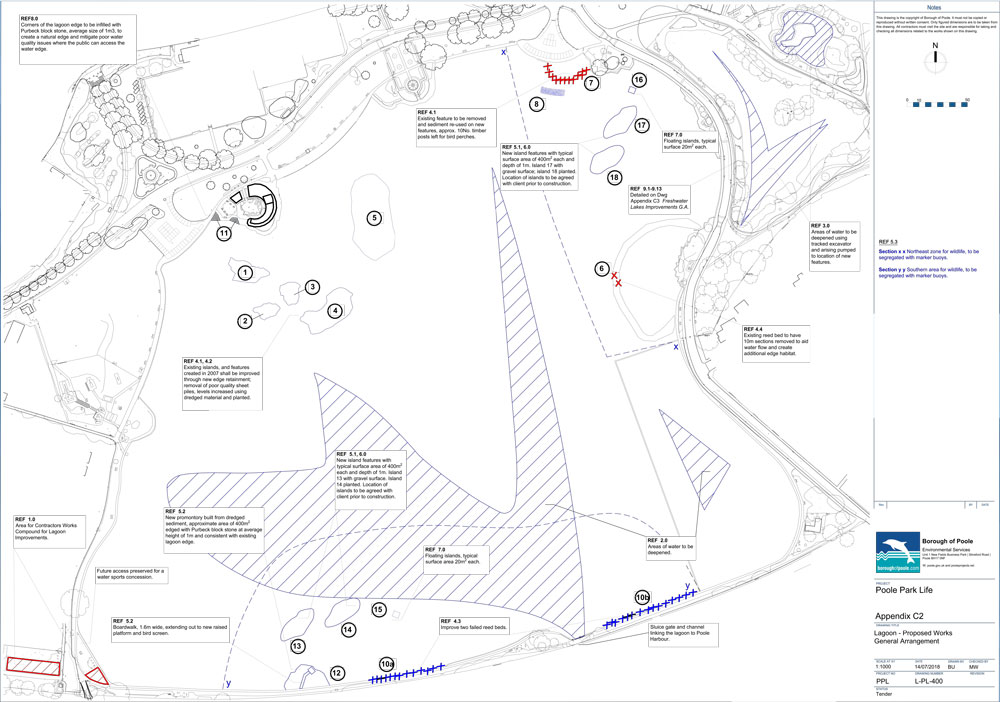 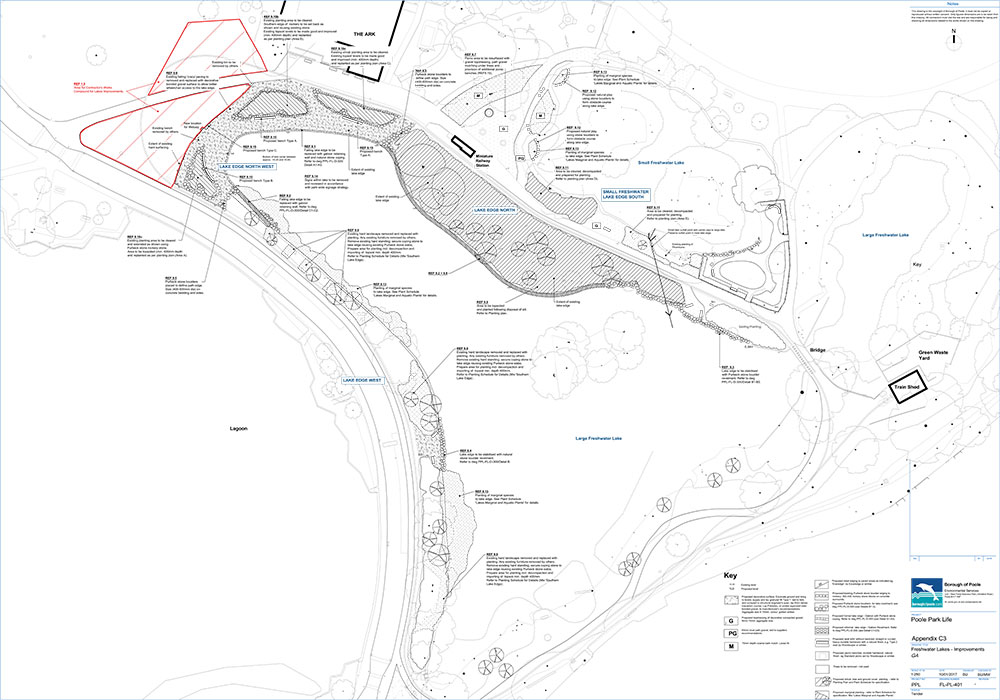