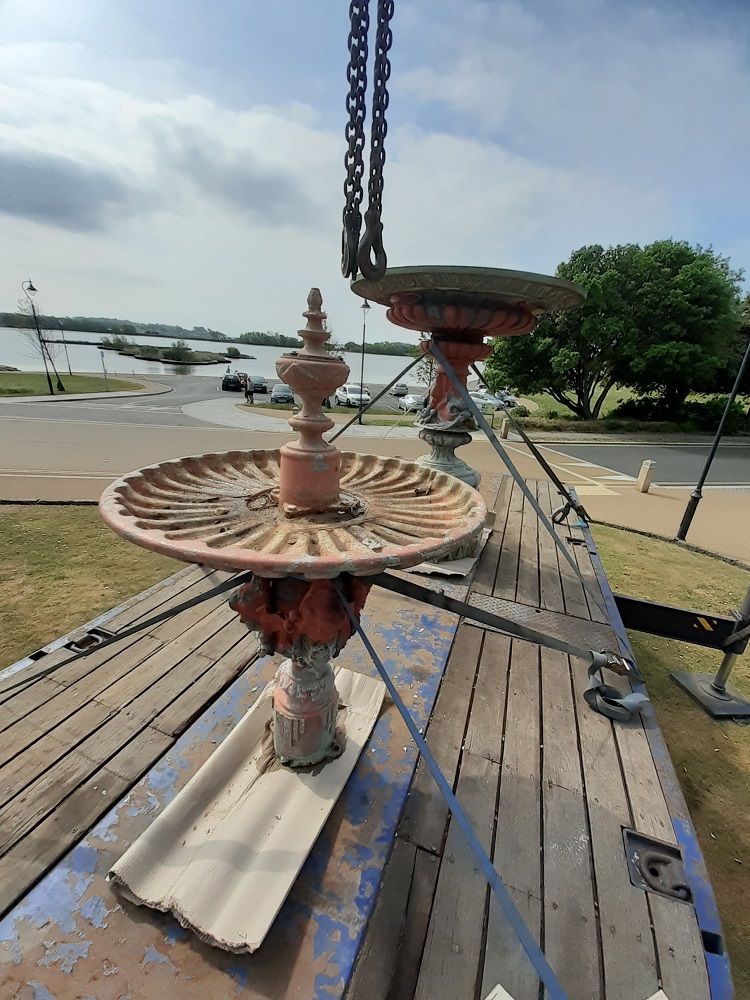 The Water fountain in Poole Park has been successfully lifted off of its base for refurbishment. The fountain has not been moved or disassembled since its installation in 1990, so easing the bolts and releasing the seal on the base was a slightly anxious process.

The upper bowl could not be loosened, so the fountain was lifted in two pieces with a Hiab lorry and has now been taken to a fabricators for shot blasting to remove all remaining paint and residues. It will then be restored and powder coat painted prior to being returned for improvements to the jets and internal pipework.

The area has now been fenced off to prevent the base or pipework being tampered with. Further updates to follow on when we can expect the fountain back in place! 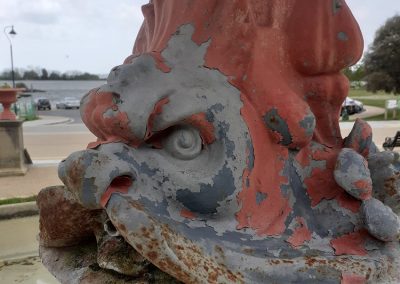 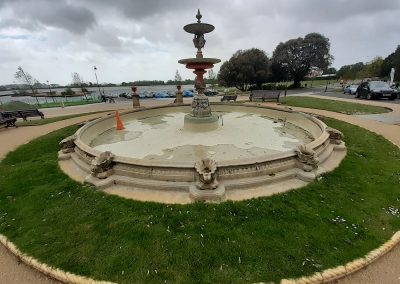 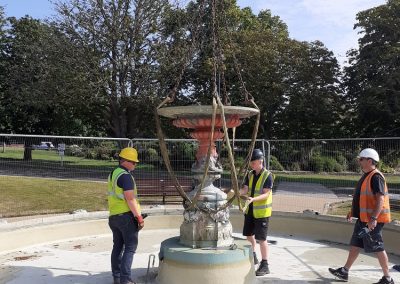 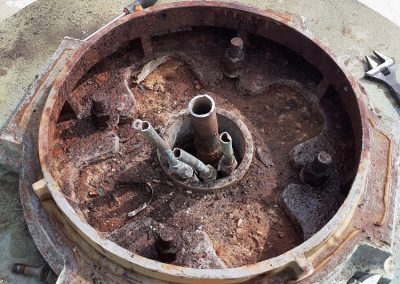 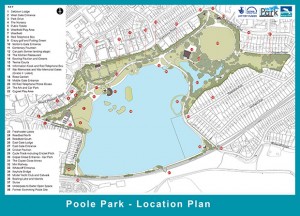 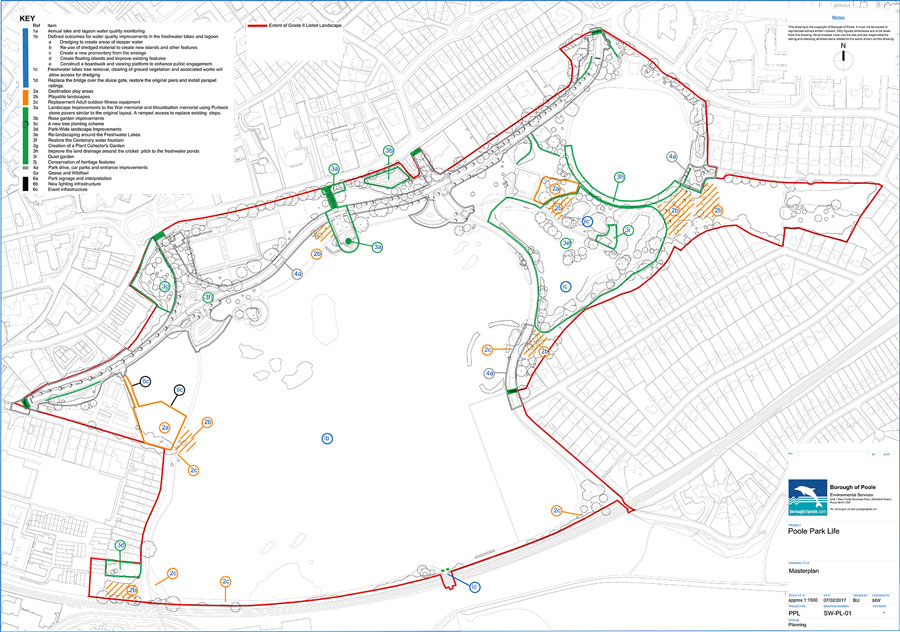